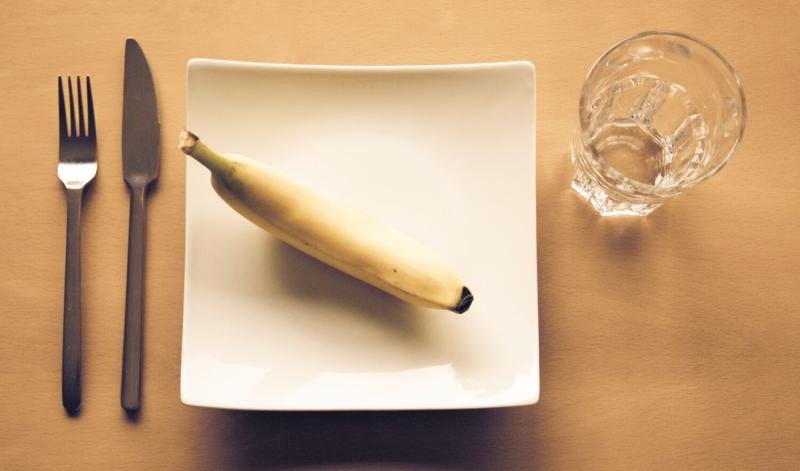 You may have a few (or more) extra pounds you want to lose. What do you do? Naturally, like most people, you turn to tried and true methods of weight loss, diet, and exercise. You begin running or hitting the weights a few days a week. You start to tighten up your diet, omitting junk food and cooking at home more often.

For some people, the results from this process are not achieved quickly enough. We live in a world of immediate gratification. If you can’t hit your goals, like yesterday, what do many people do? Some turn to starvation diets, or extreme diets that restrict calories far below their daily energy needs.

They might drop pounds rather quickly, just look at the Biggest Loser for evidence of that. But what really happens to their bodies? What are the short and long-term health effects of starvation on body composition?

What our body is made of

Body composition is the term used to describe the components that make up your body: fat and fat-free mass. Fat-free mass is made up of everything that isn’t fat, such as protein (lean muscle, organs), water, and minerals (i.e., bones and iron in the blood).

Simply put, increasing lean muscle will give you the appearance of being thinner, even if the number on the scale doesn’t move. That is because muscle is more compact than fat. So focusing on body composition, as opposed to fat loss, can help you improve your overall appearance and reduce body fat while increasing strength.

Why we choose starvation

As discussed earlier, many people choose the all-or-nothing, die-hard approach to weight loss and opt for calorie levels far lower than what is recommended, prompting them to lose weight rapidly. Starvation diets may get you to “a goal weight,” but at what cost?

What happens to the body when it starves

Research indicates people who used starvation diets for weight loss, eating 50% of their energy needs for three weeks, did decrease their body weight overall. However, they also reduced their lean muscle mass by 5%. If the state of starvation is maintained chronically, lean muscle mass and organ size are decreased by 20%.

Likewise, a study on mice found lean mass and lean muscle mass were sacrificed during starvation; however, body fat stores were relatively the same in mice on a control diet and obese mice on starvation diets.

Weight loss via starvation causes individuals to lose significant amounts of lean muscle mass and Lean Body Mass, which encompasses water, bones, organs, etc. Reducing the mass of your bones is problematic, as that decreases bone density and can make you more prone to injury. Conversely, increasing Lean Body Mass increases bone strength and density, a common concern for many Americans as they age.

One study using human participants indicated dropping significant amounts of calories from the diet lead to significant weight loss and decreased lean muscle mass. However, participants also gained back nearly all of the fat they lost, within 8 years.

This prompts the discussion and understanding of an important topic- metabolism. More so, chronic starvation leads to changes in metabolism. Metabolism and resting metabolic rate are directly linked to Lean Body Mass. A person with greater body mass will require more energy to function day to day, thus will have a larger basal metabolic rate (BMR). As weight decreases, so does BMR.

This means that there’s a certain number of calories necessary to maintain your lean mass. If you go below this number, your body will be forced to break down these muscle stores in order to create energy.

Returning from a starving state

Perhaps you opted for an ultra-low-calorie diet, placing your body in starvation mode. You’ve lost tons of weight and are ready to return to “normal” eating. So far, your body has also responded by losing muscle and decreasing BMR. But something else interesting happens to the body after a period of starvation.

The body’s systems do not “reset” after starvation. What does that mean? The body tunes itself to focus on significant weight loss at the expense of body fat mass, lean muscle, and other lean mass. It reduced its basal metabolic rate. Yet, once a person returns to a normal calorie level, the body cannot adapt.

This is because the body is now primed to replenish the lost fat stores, not lean muscle, lost during starvation. Starving to lose weight makes your body more likely, in the long run, to replenish fat. It uses the new basal metabolic rate from starvation mode.

Lean individuals were more likely to gain more fat after starvation. To that end, the body’s system didn’t “reset” itself until all the body fat lost during the period of starvation was regained. This negates any progress made during this period.

One of the reasons this may be the case is because blood leptin levels decrease in individuals who lose a lot of weight via starvation. Leptin is the hormone that signals satiety. It is produced by fat cells and helps to regulate energy balance and inhibit hunger. In short, it signals the brain that you are not hungry.

Yet, those who starved for greater weight loss lowered their leptin levels, putting them at risk of regaining the weight because the body wasn’t signaling the brain correctly. Low blood leptin signaled to the brain the body was not full or satisfied after eating, causing them to eat more.

Research indicates extreme weight loss by starving yourself is often not sustainable. Take that example of the Biggest Loser into consideration again. What happens once the show ends? Most of the contests gain a significant amount of the weight back.

Recall the correlation between mass and BMR. Someone at a higher weight has a greater BMR. Yet, Biggest Loser contestants who lost weight and regained it had lower BMRs. Their BMRs were low, despite having again reached a higher weight. Simply put, contestants were now burning fewer calories at rest even though they had more mass.

Is set point theory a factor?

Some people indicate set point theory is the reason for this inequality. Set point theory posits everyone has a “normal” weight the body is “set” to. This relies on DNA, genetic effects, and environmental influences.

Thus, when trying to lose weight, the body works hard to maintain that weight, despite extreme measures. One way it does this is by slowing the metabolism, or rather decreasing BMR, and increasing hunger. Furthermore, once a person returns to a normal calorie range they can often experience collateral fattening, where the weight loss drives overeating to the point of regaining fat.

Weight loss causes the body to focus on weight gain because of the loss of weight to the fat-free mass. Remember, fat-free mass includes any mass on the body that does not have fat, such as the bones, organs, and lean muscle.

Because starvation leads to not only a loss of fat, but a loss of lean muscle, organ tissue, and skeletal mass, the body begins to work to regain the lost mass. This activates “collateral fattening,” which increases appetite.

Opt for safer and healthier ways to lose weight

Taking a starvation approach to weight loss is a short-term fix for a problem that requires long-term methods. However, this type of extreme caloric deficit can generate the opposite results of what you are looking for. Instead of aiding the body in dropping fat, it causes the body to catabolize lean muscle mass and lean tissue and bones.

More so, this type of weight loss isn’t sustainable in the long-term. Those who choose starvation diets typically regain most of the weight within only a few years. It primes your body to gain fat easier in the long term and decreases your BMR, making it harder for your body to do what it naturally does, burn calories for energy. In the long-term, your body works harder to return to the overweight state it was in before starvation.

Instead of starving yourself, opt for healthier ways to lose weight. Think of the twofold approach to body composition and focus on fat loss and muscle gain. Choose a healthy diet within a healthy calorie range or healthy deficit and use strength training to increase lean muscle. Eating foods in low-calories and low fat may seem ideal, but remember to focus on the macronutrients.

The next time you are considering an extreme diet which may push your body into starvation, think again. Think about the negative effects it may have on your body now and in the future. At the very least, consider the likelihood that you will probably regain most of the weight that was lost. That, in and of itself, should point you to a more practical and safer approach to weight loss.

Martha Garcia is a freelance writer specializing in health & wellness, women’s topics, and travel. After experiencing several health-related challenges, she developed a passion for writing about health and making medical and scientific topics more understandable to others. 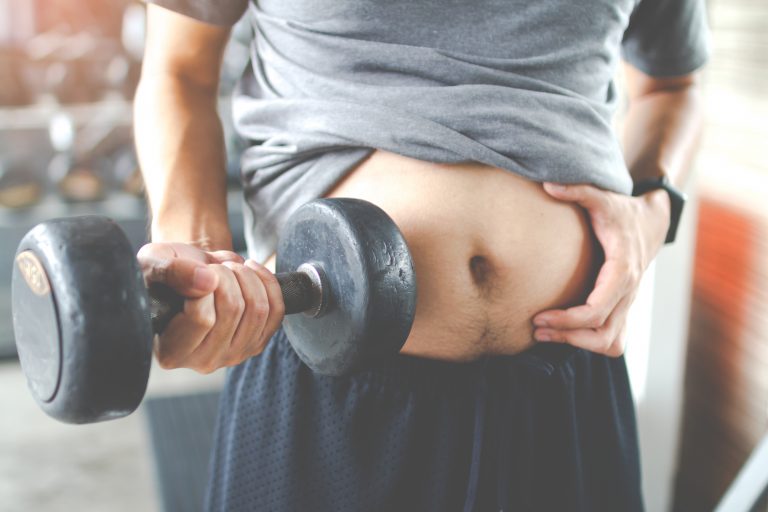 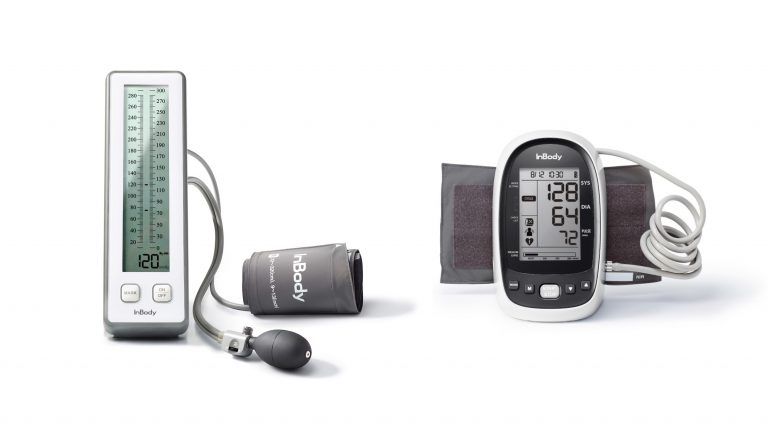 Read More »
PrevMetabolism 101 – A Look Inside Your Body’s Energy Engine
Does Coffee Really Improve Your Workouts?Next